September has taken a whole new meaning to me since I met my husband almost ten years ago.
Before, it was just a boring ‘ol month stuck between an equally boring August and somewhat thrilling October.
Now, the birthing of children are not allowed in September along with parties, vacations, or anything in which I would require his involvement.
Why?
Hunting.
(insert man grunt here)
But unlike back in the olden days when the men hitched up the team, loaded the wagons, and  headed out into the wild unknown.
Leaving the women folk and children behind to fend off wild Indians, wolves and endure blizzards.
(I’ve been reading a lot of westerns lately..can ya tell?)
Well,
in these here days we ALL go.
So here we are during the gathering phase of September: 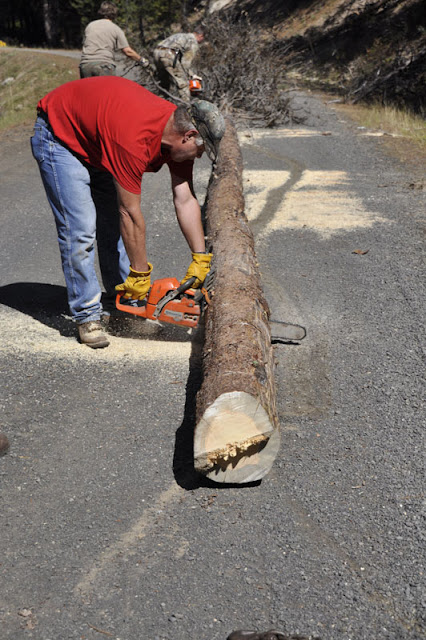 Kids and dogs left in pickup: 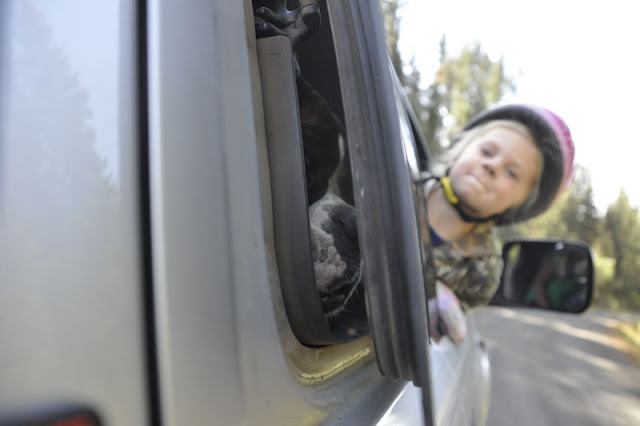 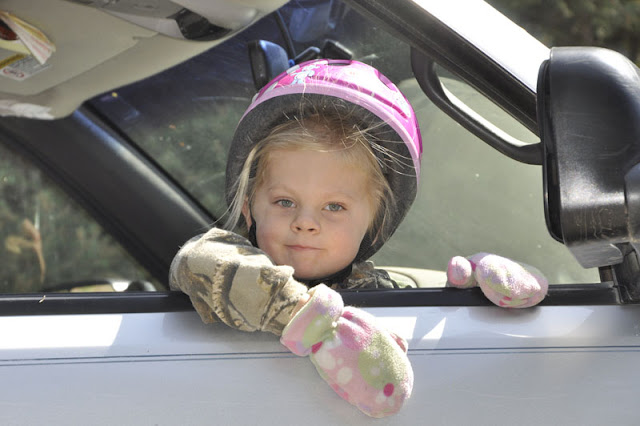 and I couldn’t cram earplugs in her cute little ears.
So she was quarantined for a little while… 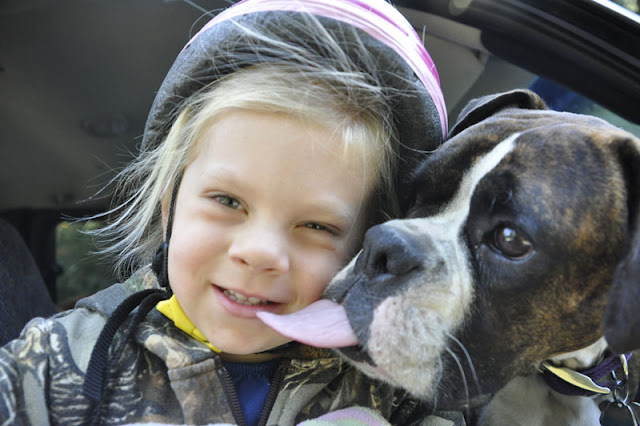 …with good company.
*lick, slobber, slobber*
But she was promptly put to work when needed: 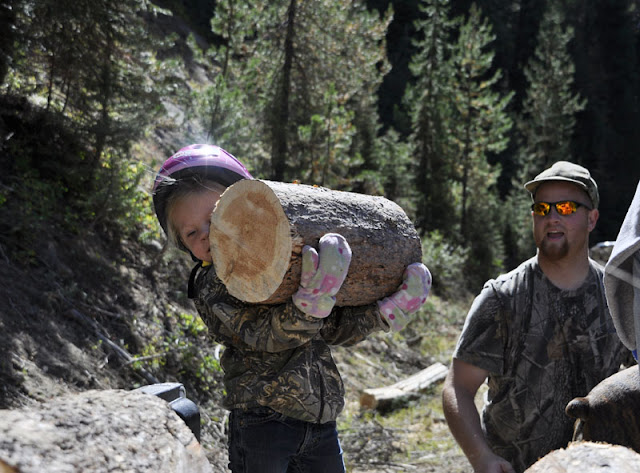 “load em up girl. Stack em good now!”
And though it appears we were prepared for head injuries.. 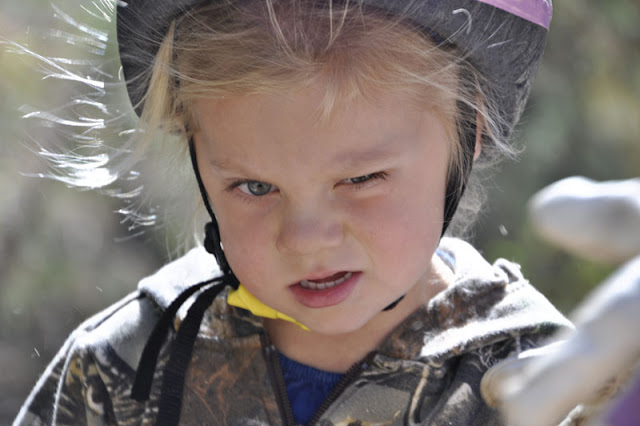 We were not prepared for saw dust in the eyes. 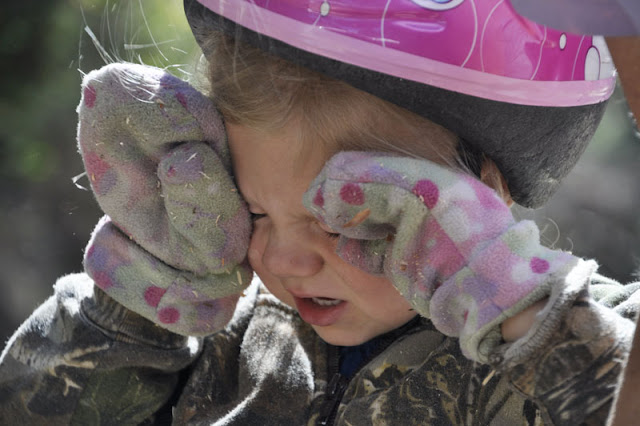 but after blinking 5,652 times the problem was remedied.
And now its makeup time. 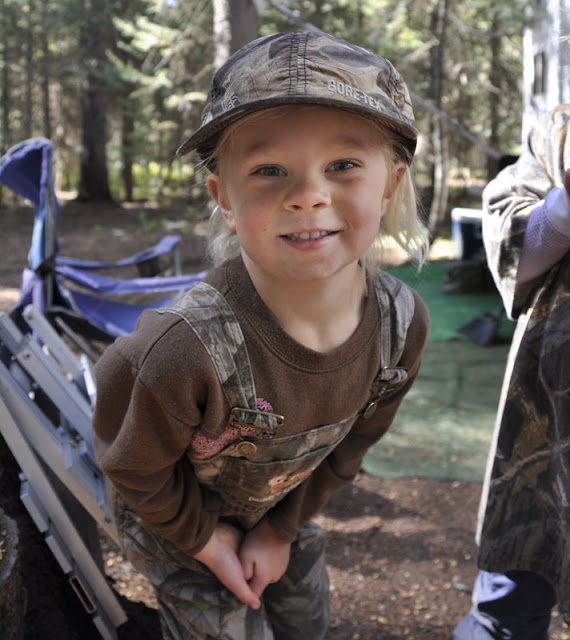 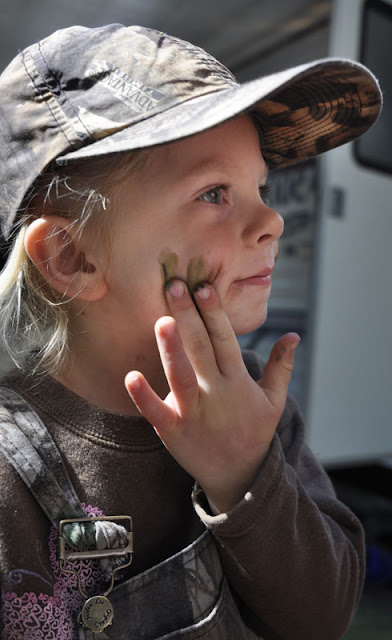 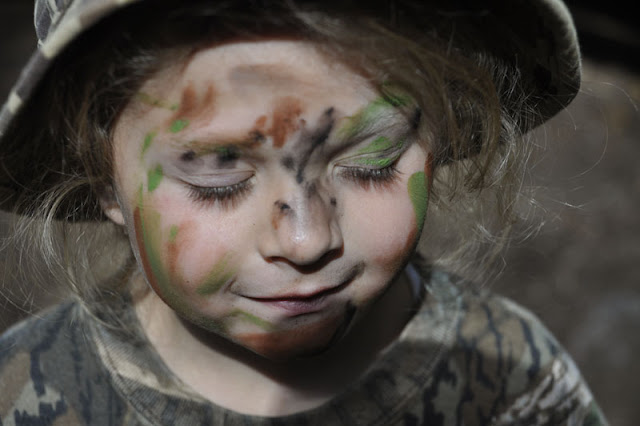 And now that the makeup is complete… 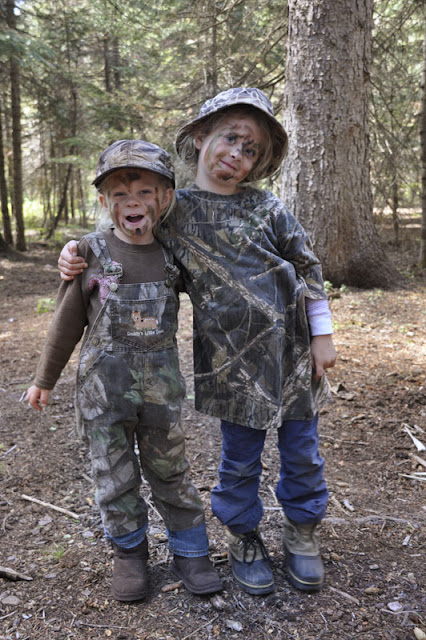 Soon to be seen on runways everywhere.