You read right.
I fake it.
I fake golden hour back lighting.
*gasp*
As Autumn draws closer, the sun seemingly disappears.
It gets darker sooner and the glorious golden hour (where the sun basks the Earth in all its beautiful sunsetting-golden-glory) fades right along with it.
So whats a gal to do?
She fakes it.
Now let me get this straight.
Photoshop is a just a substitute.
I don’t think you can replicate glorious natural backlight, but you can try.

And here is how.
I chose a picture of my daughter where we missed the golden hour by a few min. So the sun was still there, but not really giving me the full effect I wanted.
This is my SOOC (straight out of camera) shot. 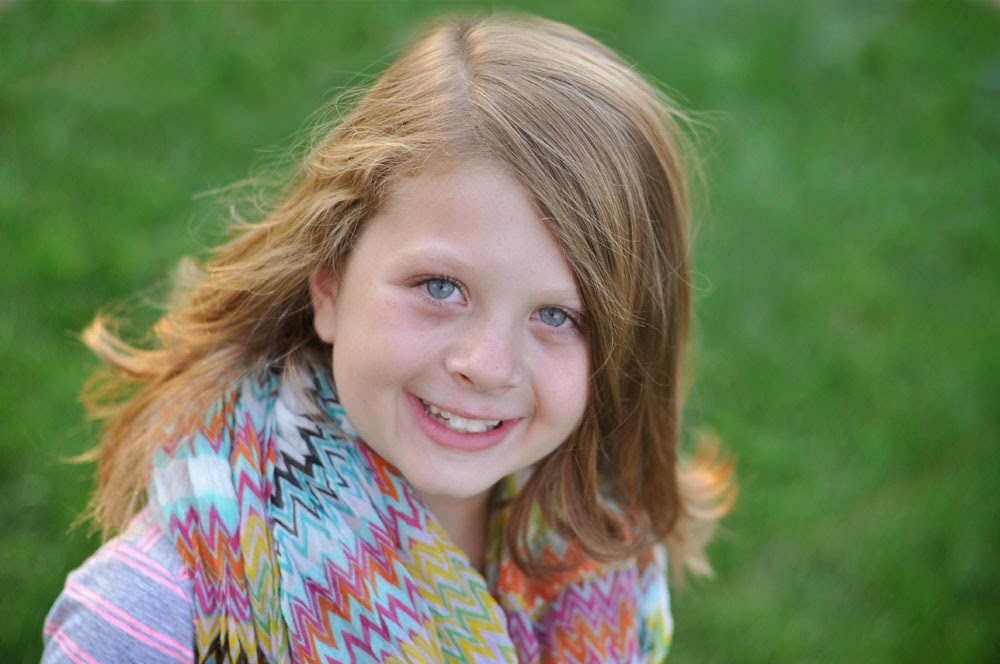 The first thing I did was give the photo a little sharpness.
I found an  amazing free action from Greater Than Gatsby that does just the trick.
I ran it and adjusted the opacity (it was a little too sharp) and then merged the two photos together.
Next I really wanted more depth in the colors so I duplicated my background layer.
-right click background> duplicate layer
*-Dbl click on the name background copy and rename (*not a necessary step, just helps keeps layers a little more organized)
While your new layer is selected (will be highlighted blue) go to images>adjustments>selective color 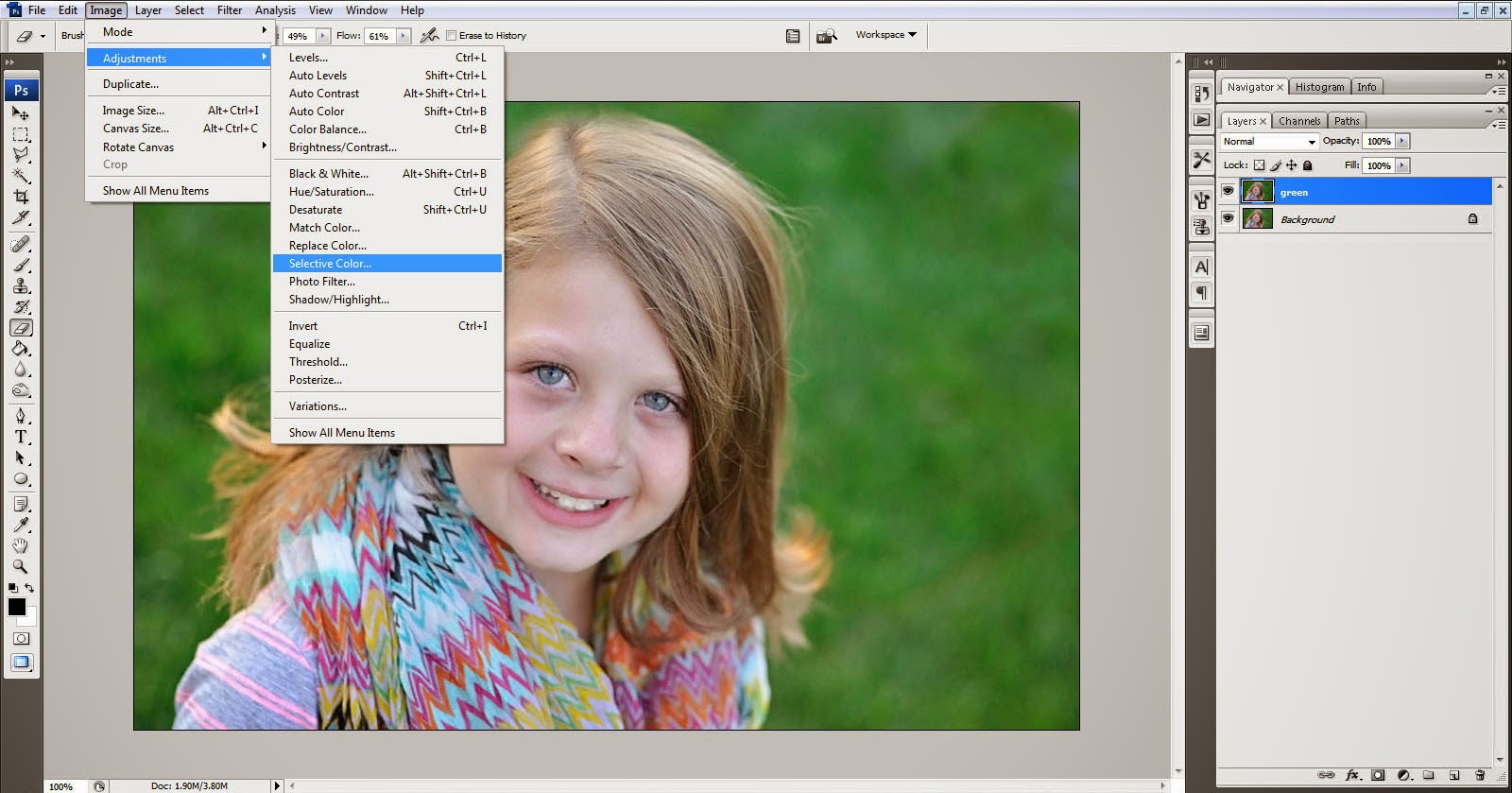 A small window will open with a color drop down menu. 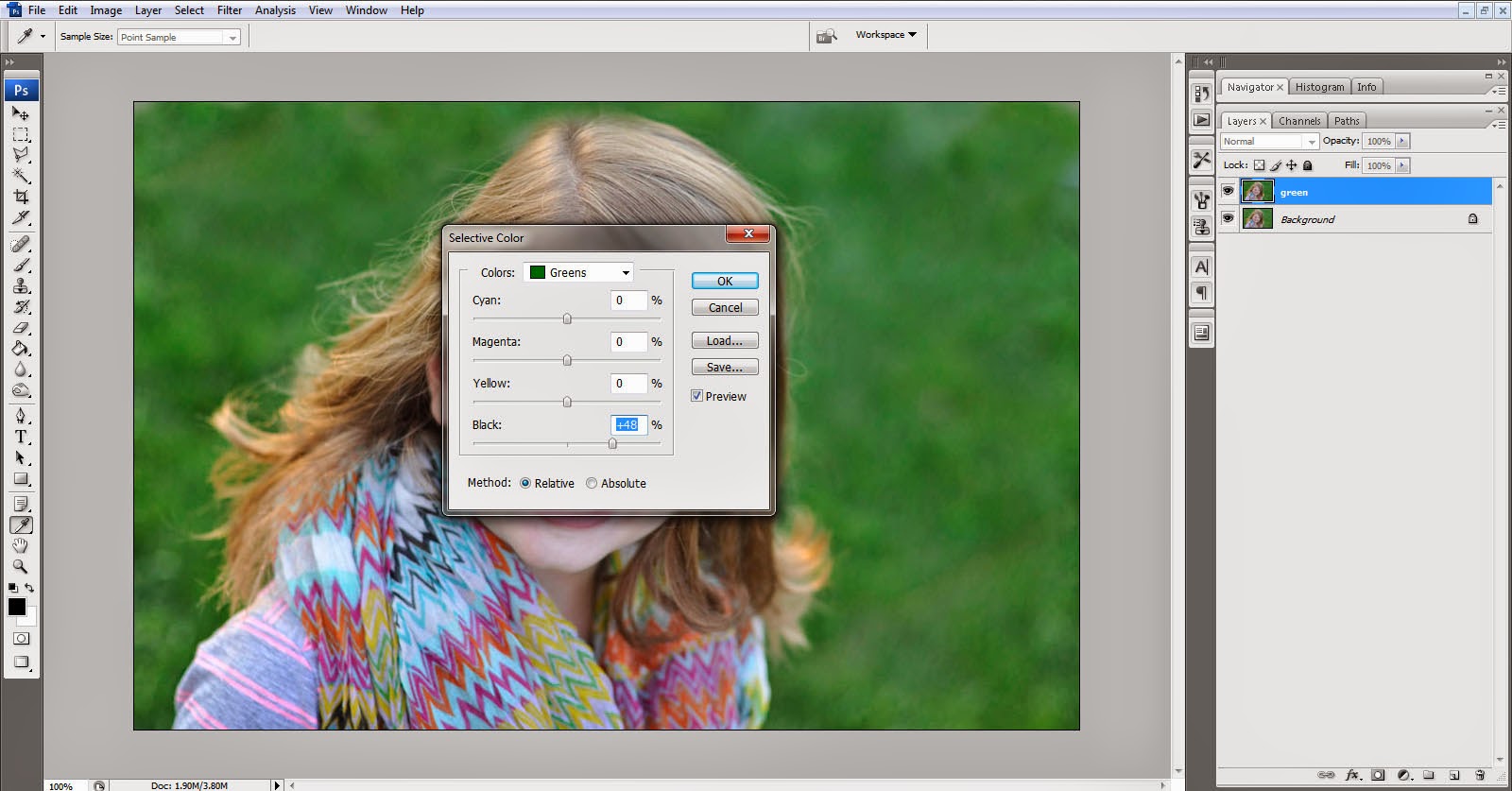 Adjust the colors.
I usually darken the blues and greens on the black scale.
When your satisfied, click OK.
Now that I have my base ready, I need to add my missing sun.
Create a new layer, make it black.
and click on Filter>Render>Lens Flare. 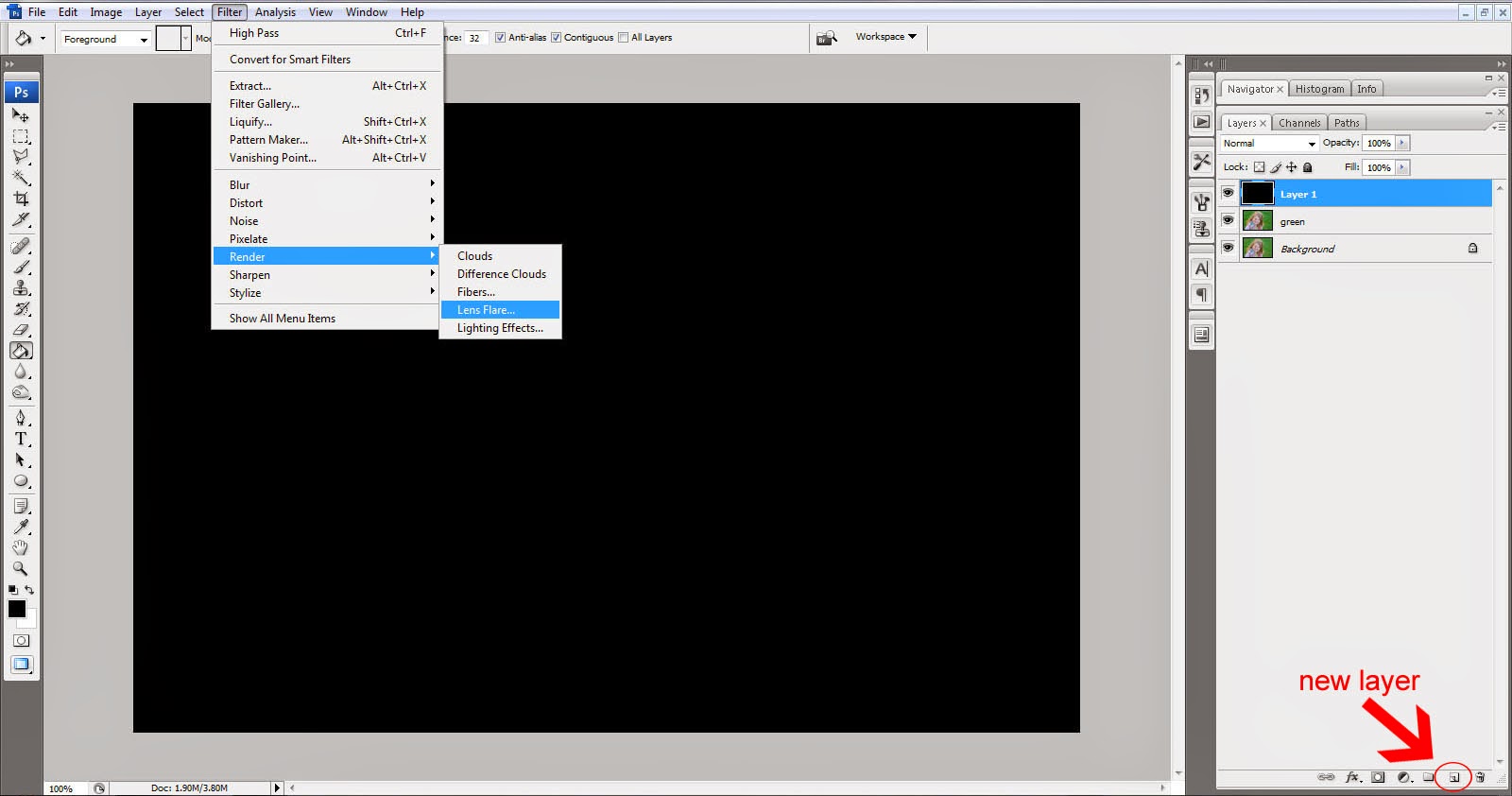 Once you have your Lens Flare choose screen from the drop down menu and adjust the opacity. 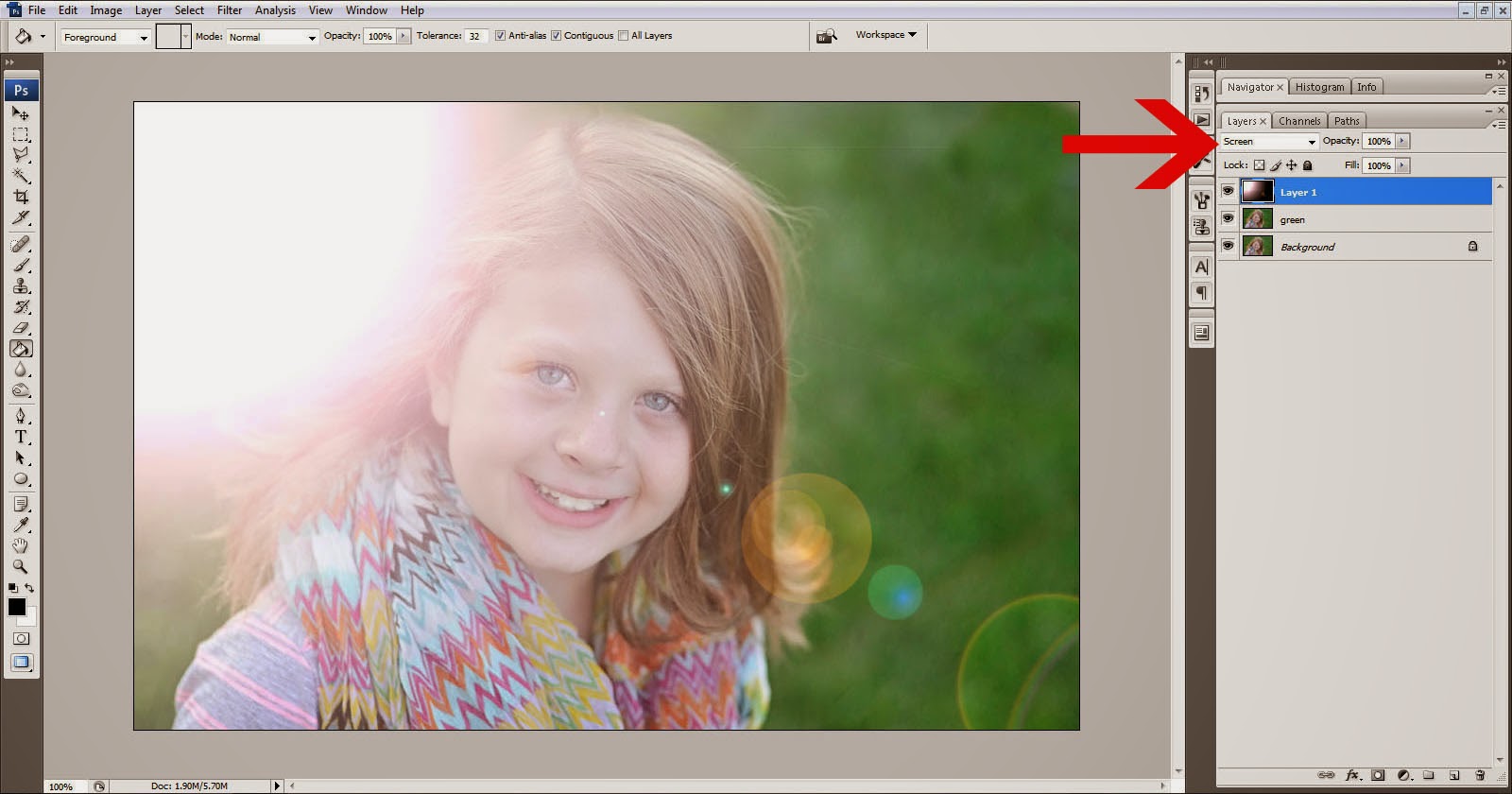 Whew, that’s better.
But now we need to make some more adjustments. Add a Layer Mask (arrow is pointing to icon) and paint away the obvious lens flares by using a black brush on your new white Layer Mask. 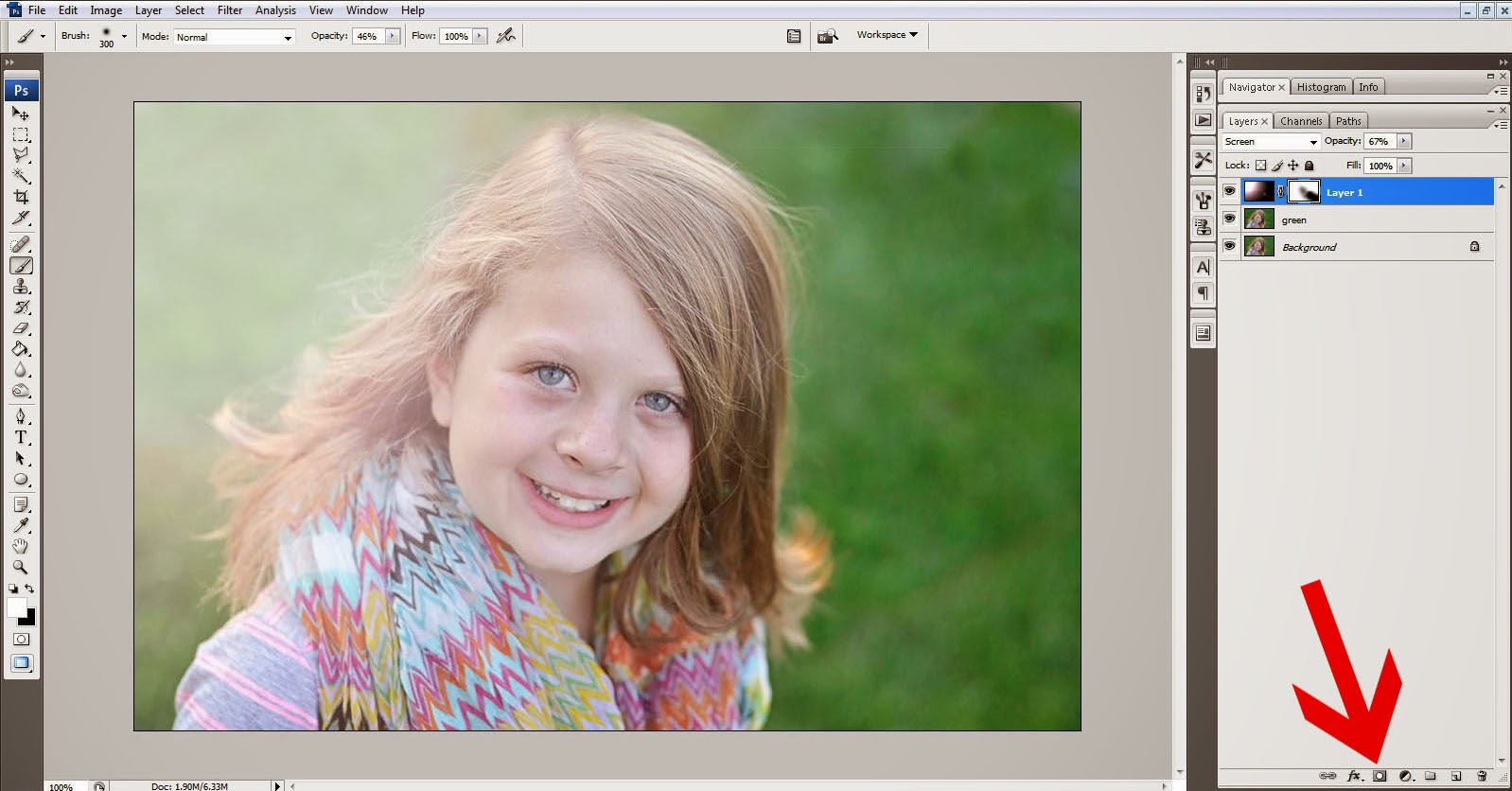 I wanted a little more Lens Flare…more I tell ya!
So I just repeated the above step and created another Lens Flare Layer.
Now we need to add some warmth, and we do that by clicking the Create a  Fill or Adjustment Layer circle and adding a Photo Filter. 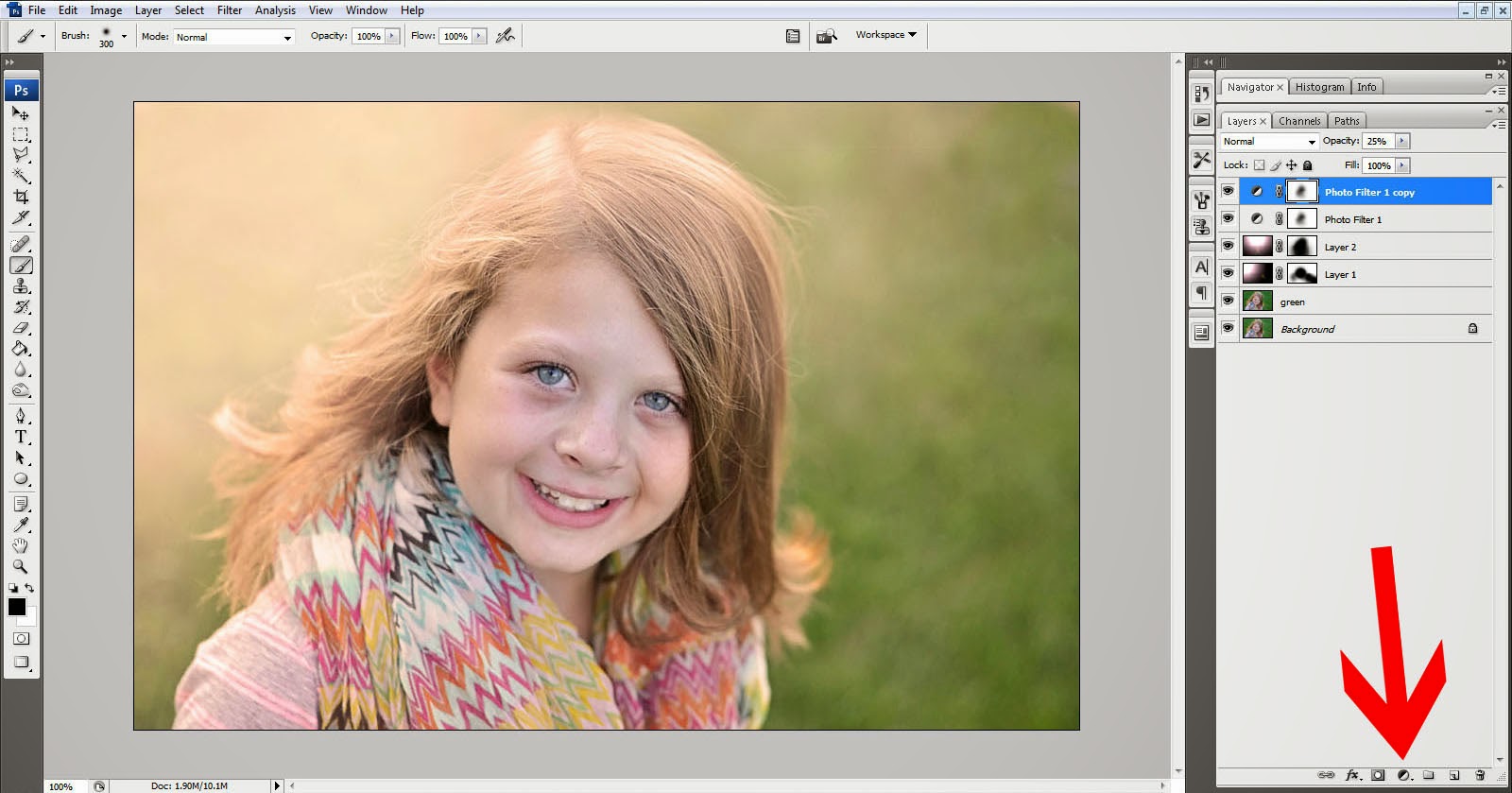 I chose the Warming Filter 85 and adjusted the Density to my liking.
As you can see in the screen capture above, I used the same process as the Lens Flare and added a Layer Mask to take some of the filter off my daughters face.
I also ended up duplicating the layer for more warmth.
Now that I have my fake back-lighting, I wanted to add some texture.
My favorite texture is called Harper by Jessica Drossin.
You can get it for free here.
Once I added the texture I moved it just above my layer labeled green. and adjusted the opacity. 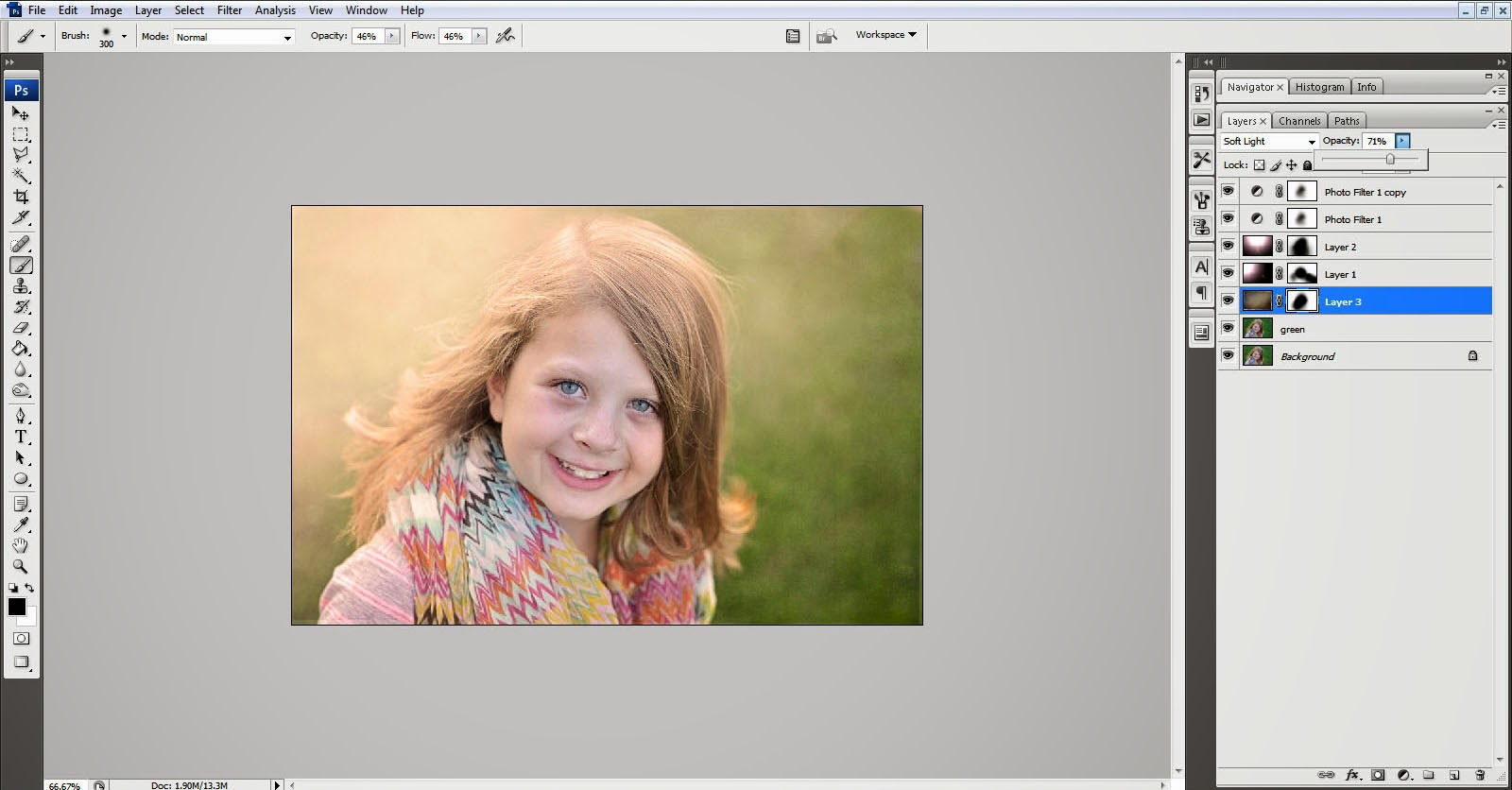 (If your unsure about how to add a texture, you can check out my Texture Tutorial.)
Now I wanted to make the eyes pop a bit more so I ran Pioneer Woman’s Bring on the Eyes Action.
You can find her actions here.
And last, but not least, I wanted to take some of the ‘washed out’ feel from my daughters hair and scarf.
In order to do that I duplicated my layer named green and grabbed the Burn Tool from my Items menu. 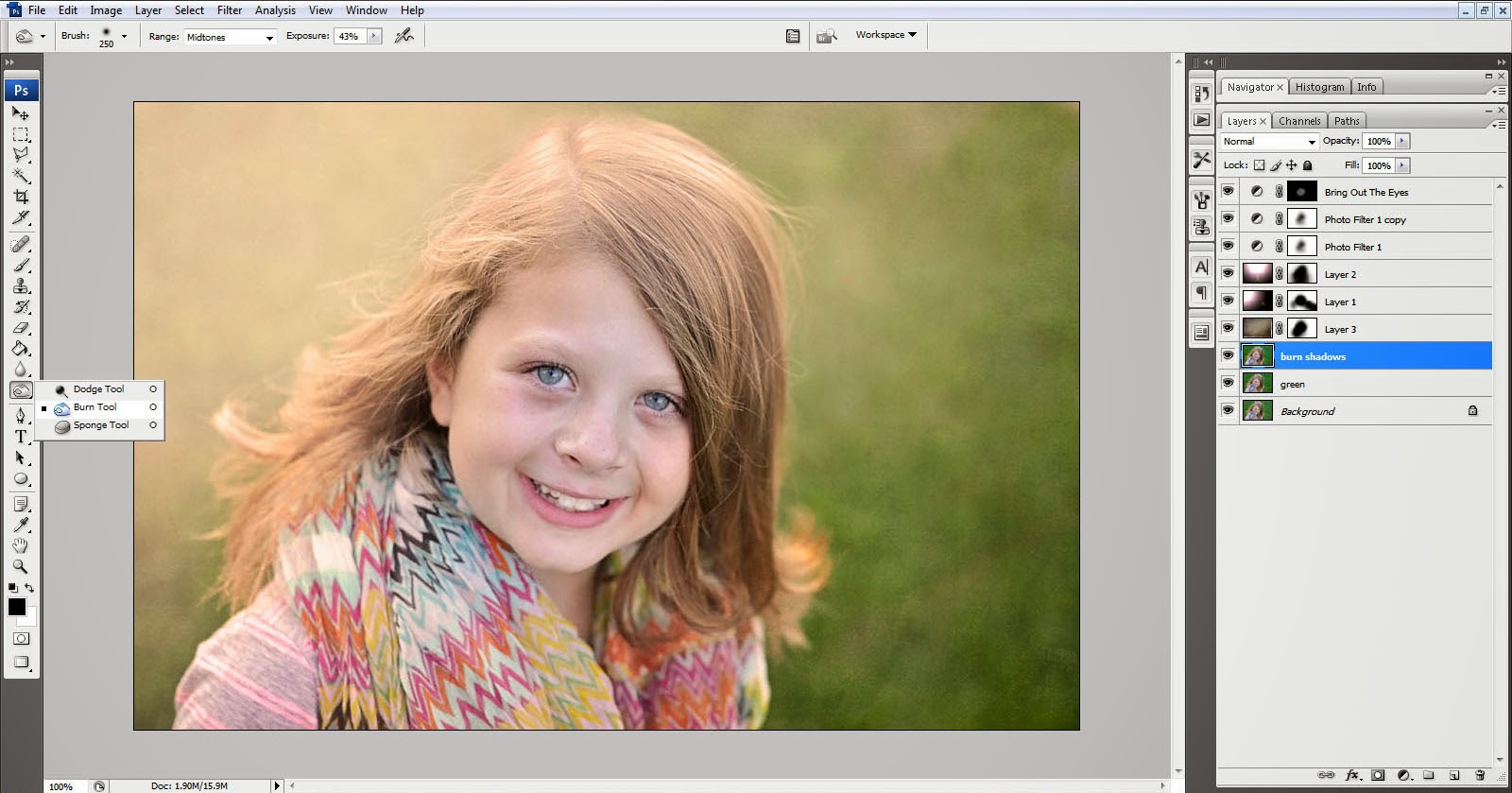 Burning can help add depth when your shadows get lost and its certainly one of my favorite edit tools.
For this photo, I used the Burn brush on the shadow option at a very low opacity.
I went around her hair and under her neck where she would be more shaded from the sun.
Done! 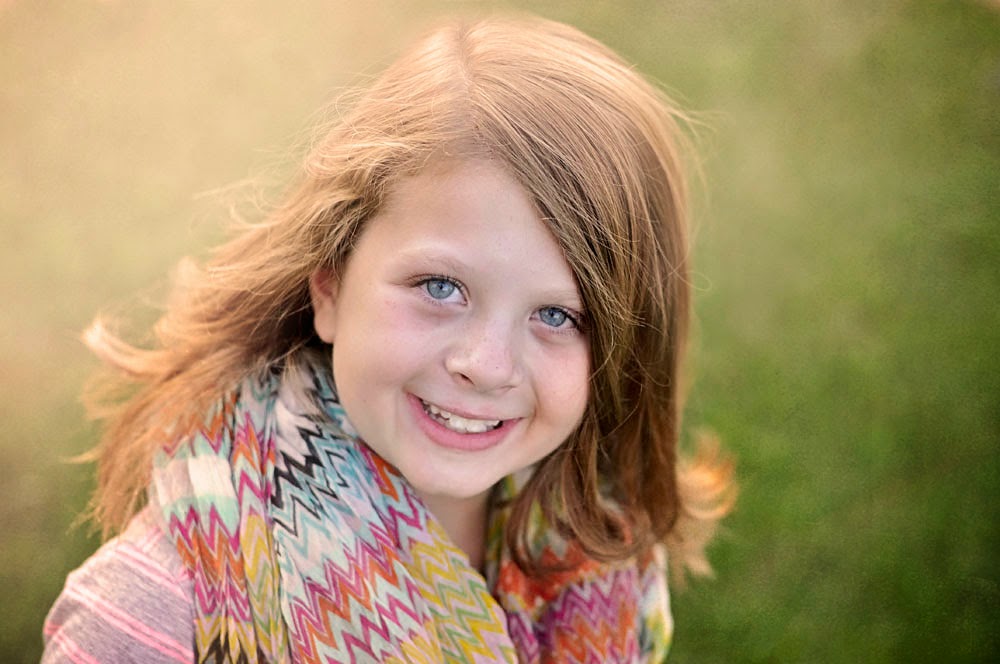 And here is an animation of before and after.

And for more tutorials you can check out my Photoshop Page.